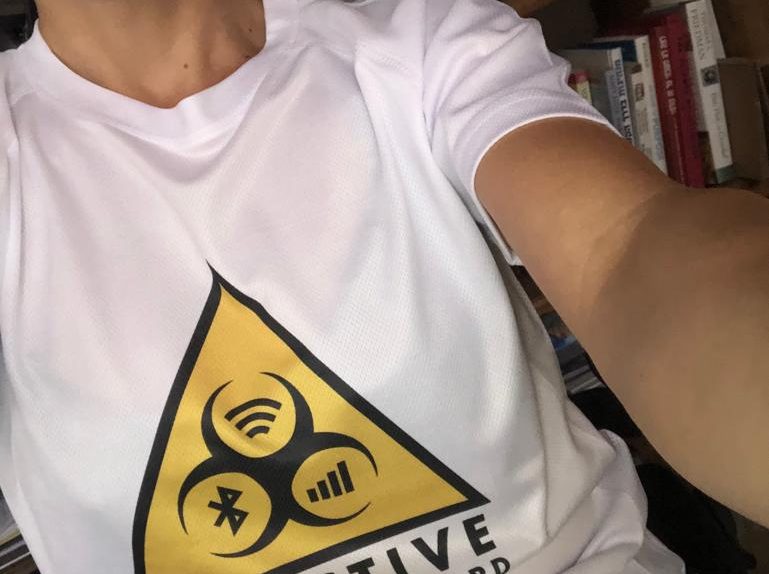 A few days ago, during my testimony at the Israeli Parliament, I came out of the ‘electric closet’.
This story was originally published on The 5 Precent Club.

I am a futurologist who specializes in technological innovation in health and medicine and a mother of three small children. What I have recently experienced has completely changed my perception regarding the use of mobile phones, Wi-Fi, Bluetooth, wireless digital devices in general, and those carried on the body in particular. Six months ago, undiagnosed phenomena that I suffered from for months have reached a new low:

I have continuously suffered from headaches, nausea, chronic fatigue, sleep difficulties, joint pain and inflammation, muscle tension, ringing and pain in the ears, breathing difficulty, numbness and pain in the palms and from an abundance of symptoms that combined to severely damage my ability to function at work and as a mother.

I also began to feel a tension in my face while working on the computer and tingling in the delicate skin of my eyelids and lips and the pain in my hand reached a level where I could no longer type on my laptop or write messages on my mobile phone. The doctors did not know what I had until the situation got so bad that the symptoms I experienced and my profession (or rather, the way I used wireless technologies at work and at home) could be linked.

It turned out that I was sensitive to non-ionizing radiation emitted by the cellular phone, Wi-Fi and Bluetooth of the wireless devices, as well as the electromagnetic radiation of the electrical grid and electrical appliances in my home, including the laptop, and my body responded to the accumulation of radiation.

Today I am more sensitive to radiation than the average user. I learned that there is such a phenomenon, which is called Electrohypersensitivity (ESH or microwave sickness). 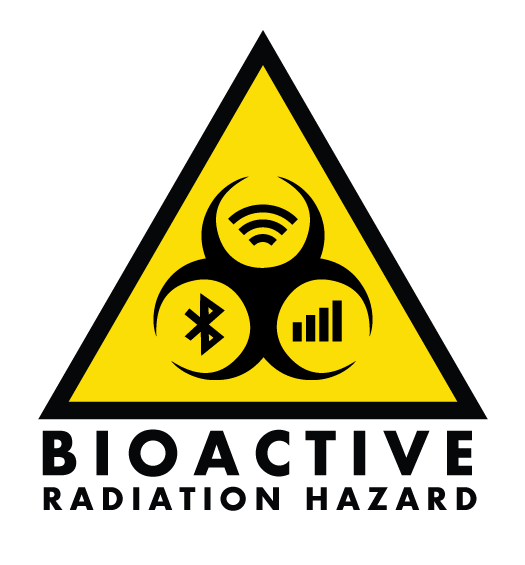 I was not born with hypersensitivity to non-ionizing electromagnetic radiation and during the first four decades of my life, I did not suffer from pain during any exposure to radiation. But it turned out that my body had passed a certain radiation threshold, and at the moment it is not known whether I can be exposed to radiation without suffering in the future.

I was always the first to adopt new technologies and may have been exposed to wireless technologies in the past 20 years more than the average person my age. And yet, biologically, me and many people who I have recently met who, like me, suffer from hypersensitivity – we are no different from all people in the way the body responds to environmental pollution of the electromagnetic radiation type.

Cellular radiation, Wi-Fi radiation, and Bluetooth are on the electromagnetic radiation spectrum in the non-ionizing part, and they may be dangerous and endanger our health and that of our children! Every one of us may become sensitive to radiation, and then in today’s wireless electronic technological world, this sensitivity will “ruin their life”.

It happens to more and more people and children, and the numbers will reach the dimensions of an epidemic if we continue to increase the exposure to non-ionizing radiation from the age of zero at home and in the public space. I have delved into the depths of science in recent months, and here I will only say very briefly that the gap between research knowledge and regulation and safety standards for electromagnetic radiation, including mobile phones, Wi-Fi and Bluetooth, is so big, that it is negligent at the expense of public health.

This is not, of course, the first time that public health falls between the cracks between the Ministry of Health, the Standards Institute and the Ministry of Environmental Protection. The similarity between non-ionizing radiation damage and smoking damage, which could have been reduced in years when science already knew about the connection between smoking and cancer only because the regulator did not act to increase the public’s awareness of danger – is overwhelming, and is no less infuriating!

This powerful film, Thank You For Smoking, from 2005 is a sad example of how far back the very uncomfortable truth about this is known.

Today, it is obvious that cigarettes are sold with a warning label on the pack informing the public about the health hazards of smoking. Supposedly, mobile phones are also sold with manufacturer warnings, but it is written in the small print of the terms of use that no one bothers to read. I dug and found. Apple, for example, recommends that all iPhone users keep the phone from the body using headphones or talk using the loudspeaker to reduce exposure to radiation.

One of the goals of this study was to disrupt the long-held belief (that is at the heart of the current inadequate safely standards) that radio frequency radiation has no harmful biological effect at exposure lower than the exposure that causes a thermal effect. The NTP study does this in a big way with the clear evidence to cancer in rats.

The results are based on NTP’s four categories of evidence that a substance may cause cancer: clear evidence (highest), some evidence, equivocal evidence, no evidence (lowest). Currently, the World Health Organization ranks this radiation at 2B possible carcinogenic and the NTP study is an important milestone in exploring further the grounds to up the rating (as many biologists urge the WHO to do).

The growing evidence of biological harm is way beyond the requirement for the exercising of the precautionary principle to protect the public till clear direct link yes/no to cancer in human reaches a scientific consensus.

My hope is that until such day arrives, people take precessions and avoid putting a phone to their heads for many hours a day, or worse, give it to their kids.

Quite recently, on 1.11.18, a study was published by an official toxicological research body (NTP)  belonging to the United States Department of Health, which presented undoubted evidence that cellular radiation causes tumors in the heart in rats. Other findings from the study showed that male rats exposed to non-ionizing radiation suffered more from brain cancer, and in all groups exposed to radiation early signs of cancer, more signs of DNA damage, and other negative effects were discovered.

This study joins a huge body of evidence from the last three decades regarding the existence of biological damage of radio radiation even at significantly lower radiation levels than those set forth in the standards. Cellular radiation is bioactive and its cumulative effects may be destructive. 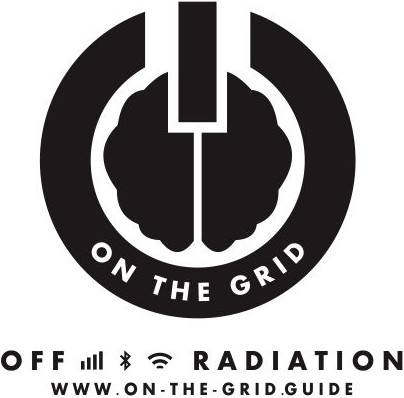 From the moment I realized that non-ionizing radiation is the one causing all the symptoms I experienced, I completely stopped using wireless technologies. Most people in my situation are forced to relocate to isolated places – the forest, desert, periphery, where radiation is decreased. I decided to stay in the city and turn my home into a house without radiation – without giving up the advantages of the digital and online world.

I learned to create house clean of radiation and built a completely wired computer station for myself. As if by magic, my health had improved in the past four months and my condition now is that I have almost no symptoms unless I leave the house. But that’s a subject for another post.

It is in my soul to cry out how important it is to limit the use of devices that emit radiation and protect babies and children. It’s hard for me to believe that someone who did not crash as I did will stop talking on the mobile phone altogether and stop the use of wireless at home. This is the way we are – something very painful must happen to us, for us to give up this comfort. And it will take years for the standards to line up with scientific knowledge and the gap between the two will be closed.

But much can be done already today to reduce exposure to harmful radiation. My future blog posts will discuss everyday practical tips I’ve successfully applied to protection against radiation in the city, and the way children work, fly and grow in a world that is becoming contaminated with non-ionizing electromagnetic radiation – which is certainly not harmless.

Doesn’t it seem crazy today to smoke on a plane or at an elevator, because then everyone inhales poison collectively? It isn’t less crazy to talk on mobile phones in crowded, closed spaces!

As a first precaution, promise yourselves to avoid using a mobile phone in spaces where the reception is weak, such as an elevator or basements. These are places where the radiation is even higher because the device is “tries harder” to transmit and receive from the nearby antenna. These are also the places where everyone around us absorbs passive radiation.

I was recently surprised to discover that cars and public transportation are also in the category of higher radiation. But to stop talking while driving and riding taxis, buses, and trains is like asking a veteran smoker to go from smoking three packs of cigarettes a day to one cigarette.

Let’s start by not using a mobile phone in the elevator and go from there.