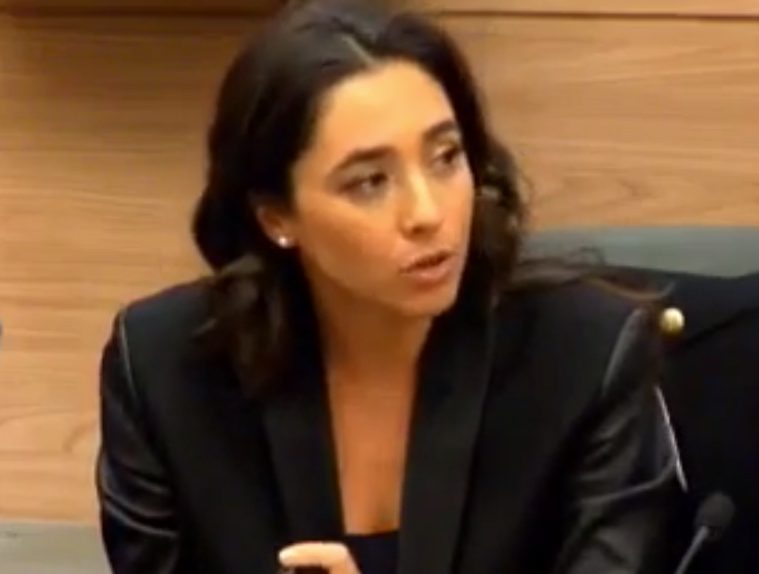 My testimony to the Israeli Parliament Committee on health effects from cellular radiation took place on Nov 15th 2018.

״I will start with a short introduction and then I will explain how my experience relates to the story of ORT Holon children.

I am a futurist, I am an expert on the effects of technological progress of health and medicine; I am the academic director of “Future of Health” program at the Executive Education Unit, Interdisciplinary Center; I am the editor of an international news site on longevity science and I am an advisor to the Ministry of Health and the Israel Export Institute regarding future health trends.

To this day, I have dealt mainly with the positive effects of innovation in medical health, but in the past year, personally and very painfully, I have been exposed to very, very dangerous effects.

About a year ago, my health began to deteriorate, and I started to show symptoms like the ones Simi described here, and that are described by many of the ORT Holon children who were exposed: headaches, difficulties sleeping, ringing and pain in the ears, chronic fatigue, nausea and dizziness. I started having memory problems and difficulties in holding thought clarity, inflammations, breathing difficulty and the list goes on and on.

When we look at them – “check-check-check-check”, each one, these are the symptoms of people who are affected by radiation, as they report them, and the symptoms you talked about. Today my symptoms are at such level that I have to be exposed to radiation at levels much lower than those to which ORT Holon children are exposed to, and are showing.

I really reached a state of breakdown, I was in a situation where my pain was so strong that I could not hold the hand to my 4-year-old daughter when I was taking her to kindergarten.

My son was doing his homework when I was in the breakdown state. He asked me how much is five times five and I could see my brain working in “slow motion” to find the answer.

Now, I had access to the best medicine that can be reached in Israel. I laugh for a moment as we say, I had a doctor that- as the word goes-” is the number one expert in the world and one of the best in Israel”, and no one knew what I had, apart from having a very large collection of symptoms.

At the end, my sensitivity to electromagnetic radiation became so high that, in contact with electricity, with an electric switch, I would have pain in my hand, and this is the way I was finally diagnosed. From the moment I was diagnosed, I had the privilege of creating for myself a home that was clean of cellular, Wi-Fi, and Bluetooth, in the center of the city.
For four months already I’ve been almost confined to the house in order to  recover, except for taking the children, and except going out to events like today, where it us very important for me to tell my story.

My physician looks at my recovery from a state of collapse and everyday symptoms, which of course have impaired my ability to work or to function in general, and from the moment I stopped being exposed to non-ionizing radiation (at much lower levels than ones to which the children are exposed to) my health has just improved dramatically and symptom after symptom has disappeared.

Now, what is important for me say here in this context and to really tell you – the frontier of science and technology is my education for the last twenty years. This is my bread and butter, and I am getting continuing education on this subject in the most advanced places in the world, at NASA research center, and when I started  to investigate, I asked – how can it be that we don’t  know that radiation at these levels  is so harmful? And when I started to investigate I understood that actually we do know.

The up-to-date, high-quality, and independent science has already proved long ago the negative biological effects of non-ionizing radiation at lower levels.

The standards in Israel and in the world are irrelevant, they do not protect, and more and more children will be hurt. But there are places in the world – and we can be one of those countries, such as France, who are already beginning to recognize these damages, and there is a law prohibiting Wi-Fi in kindergartens under the age of three. For example, in Sweden and Canada, radiation sensitivity is recognized as a disability causing loss of work capacity. In Mumbai, India, there is a law that (call for conclusion by the chair person), I jump ahead and say – what is happening here today, and it is important that we understand that,

We made the change, but it happened after too many years, and there is no reason that more children to be hurt, like me, and like 1,500 children who are exposed every day to such high radiation in Holon, and I’m really asking you!

Take the responsible decision here and remove the antenna to allow the children in this school to begin to recover and the others not be harmed. Thank you.״