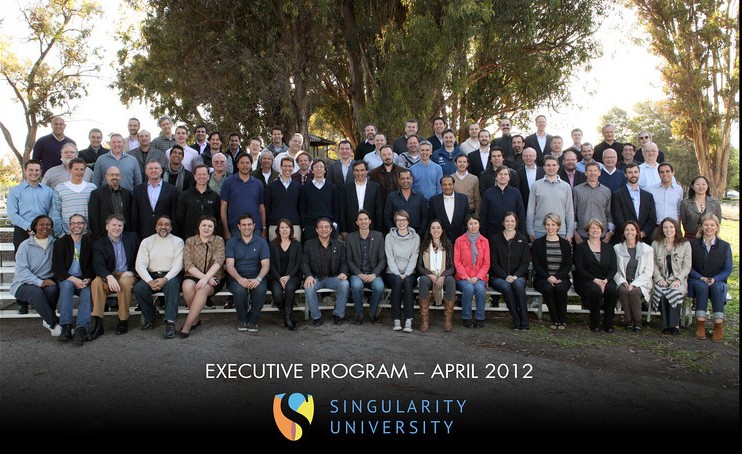 Don’t be fooled by this seemingly innocent graduation class photo. Or by this well put Guardian introduction to the people creating our future. Singularity University at the serene NASA Research Park in CA is a dangerous place.

I just returned from a week of SU EPA12 – codename for The 7-day Singularity University Executive Program, April 2012. ‘Just’ is more than a week ago actually, but while I landed safely in my New York homebase, it gradually dawned on me that the pre-SU me never really made it back. And as the feeling of unexplained down refused to shake off, I grew suspicious that ‘they’ did something to me there.

Then we (the class of EPA12) get this email from Rob Nail, Singularity University CEO, with some aftermath thoughts and a by-the-way-ish note about an apparently known phenomenon called ‘The Post Singularity University Stress Disorder’. To quote Rob: “PSUSD takes many forms including, but not limited to: close friends calling you crazy, sense of optimism in a room of pessimists, feelings of isolation, a deep longing to be working on something really big, etc.”

My PSUSD is of the last. 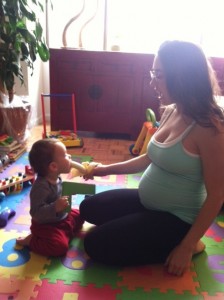 To my defense I’ll say that in my condition I was more susceptible than other participants to a brutal case  of the PSUSD. By ‘my condition’ I mean that SU caught me precisely as my first son turned one, and also a year into my decision to stay home with him. A decision which I am now ready to admit, before all of you, was a mistake.
Don’t get me wrong, 2-3 hours a day of concentrated banana-feeding and quality play time is bliss for me, but altogether ditching my business for the stay-home ‘family business’ drove me to feeling domesticated and captive. I just really miss long stretches of uninterrupted in-the-zone doing what I do best. Add to this realization the natural drugs provided free and abundant by Agam’s half baked sister, and you get a recipe for PSUSD.

The reasons this decision was wrong for me have a lot to do sexual polarity and gender archetypal – topics that I have become very interested in as part of my journey to better understand myself. If you are into this kind of exploration too, David Deida writes beautifully about it and his work was the first to inspire me to adopt a dynamic approach. Mating In Captivity is a highly recommended book to any sex loving married woman. It was a gift I will forever owe Cindy Gallop for. Prof. Daphna Joel of the Laboratory of Behavioral Neuroscience at Tel Aviv University  publishes fascinating findings about this too. Just recently she shared her latest research, showing that brains are not all male or all female, but a tapestry of the two archetypal brains, and excitingly, that this tapestry is dynamic. And taking this idea beyond gender and into a broader discussion of culture and economics, I also just stumbled upon ‘Occupy Male Street‘ –  a great TEDx talk by Salim Ismail, calling on all of us to support female archetypal structures. 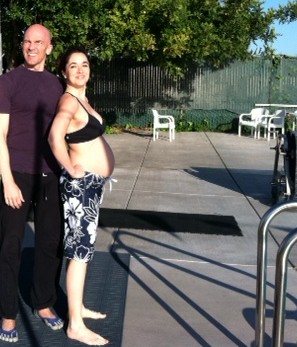 All that said about ‘my condition’, I’ve been to intellectually stimulating events this year before, and the back-to-reality down was never this low. The reason has to be that this time the high climbed to new levels. For me, the all-star faculty of experts in AI, robotics, space exploration, biotech, nanotechnology, medicine, neuroscience, networks and energy, all giving the heavyweight version of a TED talk, mixed with the right dose of critical thinking and discussions about forecasting, policy, law and ethics, produced a week-long intellectual orgasm. The NASA environment (i.e. every day on the way to class I passed by a place called ‘space portal’…), cool people I met, healthy food (which won me the EPA12 award for best eater of fruits and vegetables for two), daily mediation, tai-chi, pool-time and free supply of wine were just cherry on top.

This April at SU I’ve whitenessed extremely intelligent pessimists converted to believing that exponential technologies have the potential to tackle humanity’s grandest challenges. People who have done a thing or two said “it was the best week of my life”. ‘They’ did something to me there that shifted my thinking beyond repair. Singularity University is a disruptive and dangerous place. Ignore this warning at your own peril.