The Behavioral Economics Summit for Startups
Extends to Israel this August

Startup-Onomics is about infusing behavioral economics into the core DNA of new companies. It’s about HOW your users make decisions and WHY they make them. And more importantly, understanding the implications of this behavior to your bottom line.

The first Behavioral Economics Summit for Startups is lead by an all-star cast of speakers and takes place in San Francisco. The summit will extend to Israel in a 2-day event, streaming speaker talks live and allowing local startups to interactively join West-Coast gatherers. 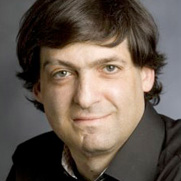 Dan is the James B. Duke Professor of Psychology & Behavioral Economics at Duke university, where he holds appointments at the Fuqua School of Business, the Center for Cognitive Neuroscience, the School of Medicine, and the department of Economics. He is also the founding member of the Center for Advanced Hindsight.

He is the author of two New York Times Bestsellers: ‘Predictably Irrational: The Hidden Forces that Shape Our Decisions’ and ‘The Upside of Irrationality: The Unexpected Ways We Defy Logic at Work and at Home.’ His research has been published in leading psychology, economics, and business journals, and has been featured occasionally in the popular press. He is a regular contributor to Marketplace on NPR. 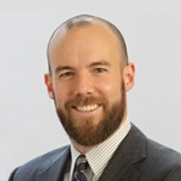 Michael I. Norton is an Associate Professor of Business Administration in the Marketing Unit at the Harvard Business School. He holds a B.A. in Psychology and English from Williams College and a Ph.D. in Psychology from Princeton University. Prior to joining HBS, Professor Norton was a Fellow at the MIT Media Lab and MIT’s Sloan School of Management.

His work has been published in a number of leading academic journals, including Science, the Journal of Personality and Social Psychology, Psychological Science, and the Annual Review of Psychology, and has been covered in media outlets such as the Economist, the Financial Times, the New York Times, the Wall Street Journal, and the Washington Post. His research has twice been featured in the New York Times Magazine Year in Ideas issue, in 2007 (Ambiguity Promotes Liking) and 2009 (The Counterfeit Self). His “The IKEA Effect: When Labor Leads to Love” was featured in Harvard Business Review’s Breakthrough Ideas for 2009. 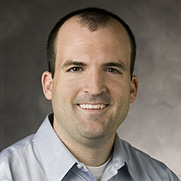 Frank Flynn is a Professor of Organizational Behavior and the Hank McKinnell-Pfizer Director of the Center for Leadership Development and Research at Stanford University’s Graduate School of Business. His research focuses on the topics of employee cooperation, work group dynamics, and leadership in organizations. A winner of multiple teaching awards, Professor Flynn’s courses focus on developing leadership skills at various organizational levels—from high-potential managers to senior executives.

Leif Nelson
Associate Professor of Marketing at the Haas School of Business, University of California, Berkeley

Leif Nelson is an Associate Professor of Marketing at the Haas School of Business at University of California, Berkeley. His research has looked at the factors influencing the enjoyment of experiences and the frequent observation that those factors are neglected by consumers. Leif has been published in a number of leading scientific and business journals and has been covered in the Wall Street Journal, the New York Times, the Economist and many other media outlets. His recent research has looked at Pay-What-You-Want pricing and its potential role in sustainable efforts at corporate social responsibility. 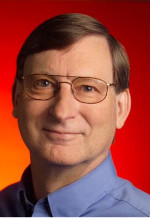 Hal R. Varian is the Chief Economist at Google. He started in May 2002 as a consultant and has been involved in many aspects of the company, including auction design, econometric analysis, finance, corporate strategy and public policy.

He is also an emeritus professor at the University of California, Berkeley in three departments: business, economics, and information management. He received his SB degree from MIT in 1969 and his MA in mathematics and Ph.D. in economics from UC Berkeley in 1973.

He has also taught at MIT, Stanford, Oxford, Michigan and other universities around the world. Dr. Varian is a fellow of the Guggenheim Foundation, the Econometric Society, and the American Academy of Arts and Sciences. He was Co-Editor of the American Economic Review from 1987-1990 and holds honorary doctorates from the University of Oulu, Finland and the University of Karlsruhe, Germany. Professor Varian has published numerous papers in economic theory, industrial organization, financial economics, econometrics and information economics.

Hal is the author of two major economics textbooks which have been translated into 22 languages. He is the co-author of a bestselling book on business strategy, Information Rules: A Strategic Guide to the Network Economy and wrote a monthly column for the New York Times from 2000 to 2007. 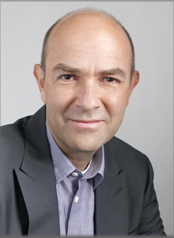 Chris Anderson is the editor-in-chief of Wired magazine. He worked at The Economist for seven years in various positions and served as an editor at the two premier science journals, Science and Nature. Education background in physics, including research at Los Alamos.

With his New York Times bestseller The Long Tail, he named the rise of the niche as a powerful new force in our economy—why the future of business is selling small quantities of more things to the few people who want those things; how all of those small communities together make up a vast market potential, and how the efficiencies of digital and web technology make it possible.

Chris’ book, Free: The Future of a Radical Price, a New York Times bestseller, is now available in paperback with the title Free: How Today’s Smartest Businesses Profit by Giving Something for Nothing.

New companies. For best results, we encourage two founders of a company to attend or two key people responsible for user experience and product. By ‘new’ we mean startups from pre-launch stages to a few years in business.

Do it. It will change how you do business!

You’ll notice the application form says all apps should be submitted by by July 1st. This regards San Francisco attendees. Attendees of the Summit in Israel may submit by August 10th and will be notified by Aug 15th. [approved]When applying, be sure to specify that you will be attending the Israeli extension of the summit.[/approved]

How much is it to attend?

It’s FREE – a gift to you from Dan Ariely and the summit speakers, the sponsors of the San Francisco event: Duke University (C4AH), Wired Magazine, WordPress.com VIP, Daylight Studio and Google Israel. They all do it to support Israeli startups. Please thank them for their great generosity.

We can only make this business changing summit available to two dosen startups and we know it will help attendees in a big way. [attention]Space is scarce. A no-show would be really uncool. Only apply if you plan on attending both days in full. [/attention]

The 10-hour-San Francisco-Tel Aviv-time-difference means we start late and end even later. And we work weekends too. Normal startup hours… We start in the afternoon of Saturday the 27th and run till ~midnight. And on Sunday the 28th we start early evening and end at midnight. Or a tad later.

Aug 27th – Introductions and How Your Customers Think about Money

[/icon_list]
Both evenings will be sprinkled with beer-and-bonding-breaks as well as traditional startup food.

The Israeli extension of the Behavioral Economics Summit for Startups is proudly brought to you by Maya Elhalal-Levavi and Abigail Tenenboum, sworn behavioral economics fans.